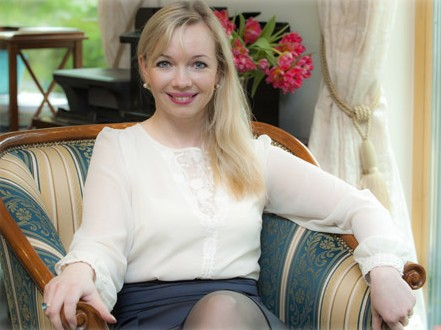 Julija Mozūraitienė has been working as a doctor-dermatovenereologist at VitkusClinic since 2013. At our clinic, the doctor performs the wrinkle, lip contour and volume correction, face oval and chin correction by applying injective methods, mimic wrinkle correction by performing botulinum toxin injections, hyperhydrose (increased sweating) treatment by performing botulinum toxin injections, chemical pealing (acid procedures) and lots of other procedures.

Doctor Julija Mozūraitienė has been working in the field of aesthetical medicine for 10 years and was certified as a teacher of Allergan Aesthetical Academy in 2011; she gives theoretical and practical trainings for doctors who want to learn to perform mesotherapy and biorevitalization procedures and use other various botulinum toxin and filling techniques.

Doctor Julija promotes a healthy lifestyle, so after work she likes to spend her time in the kitchen and pamper her big family with delicious meals. Also, she often travels with her family